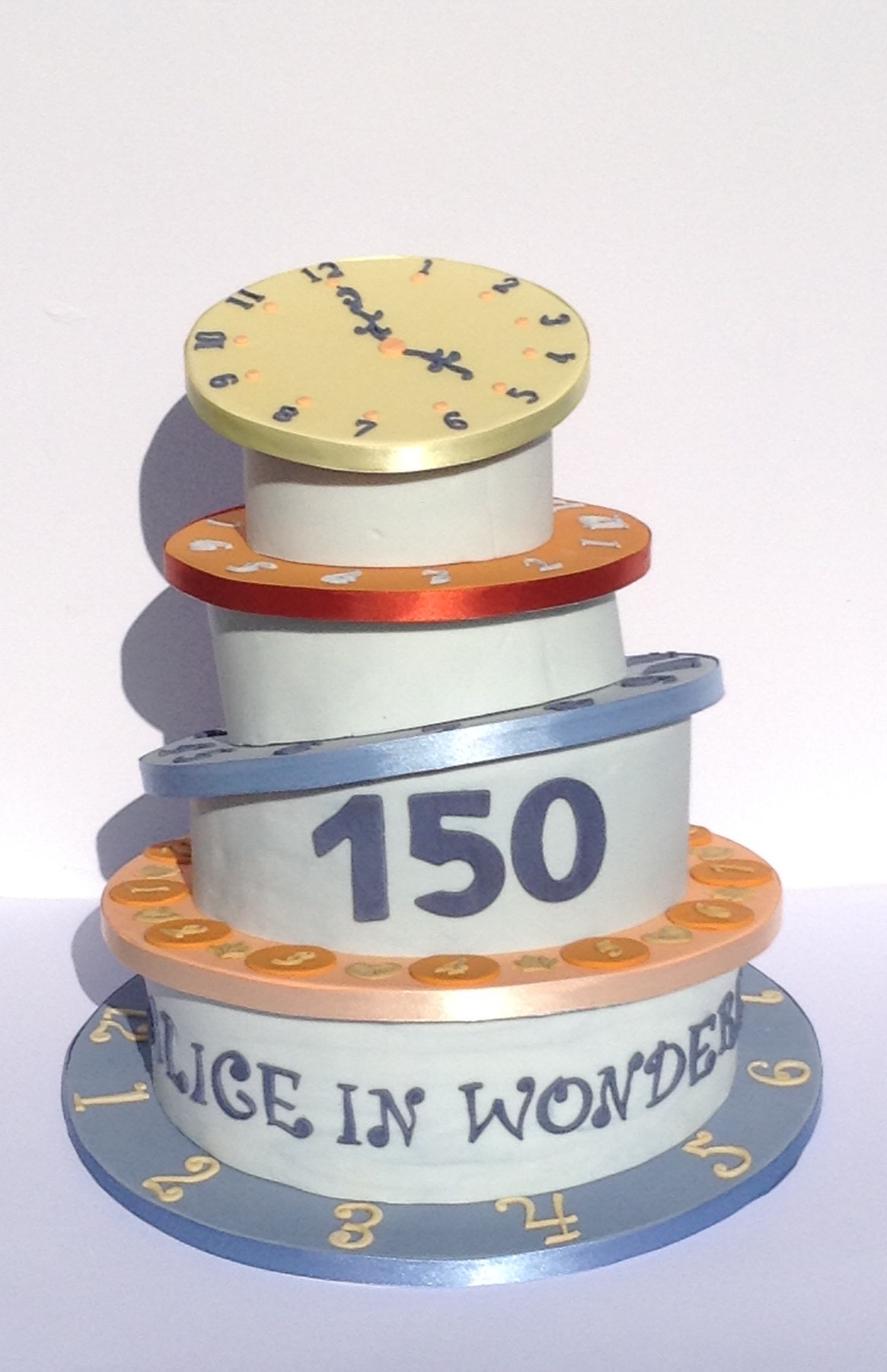 I’ve discovered a fascinating fact about the number 150.

Did you know it’s Dunbar’s number? It’s important because it signifies the number of people a person can maintain a stable social relationship with. Think about your relationships – the people you know personally and keep social contact with and how each of those people relates to the other people. Robin Dunbar, a British anthropologist, came up with this in the 1990s after studying human brains and concluded that 150 was the average group size in which we can comfortably operate socially.

So maybe we can say that 150 is the perfect community?

Talking of communities, one of the things that has brought Llandudno together with a real sense of community is the story of Alice in Wonderland, written 150 years ago by Lewis Carroll, and loved by many generations of children. Llandudno now has a fully digital augmented reality trail for IOS or Andriod mobile devices, or you can follow the Walking Trail with Souvenir Guide available from the Tourist Information Centre on Mostyn Street. You can follow brass plaques on the pavement and see all the places featured in the story, or follow the trail using your mobile device and take photographs of yourself with the moving story characters along the way. As you walk around the town you’ll  also find wooden statues of the characters as well as quite a number of themed coffee shops and tea rooms to stop and have a rest! 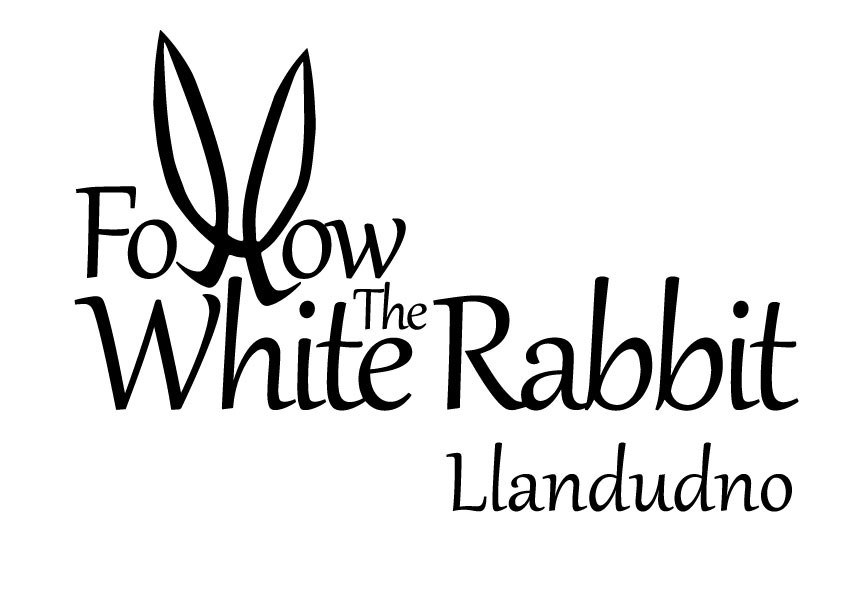 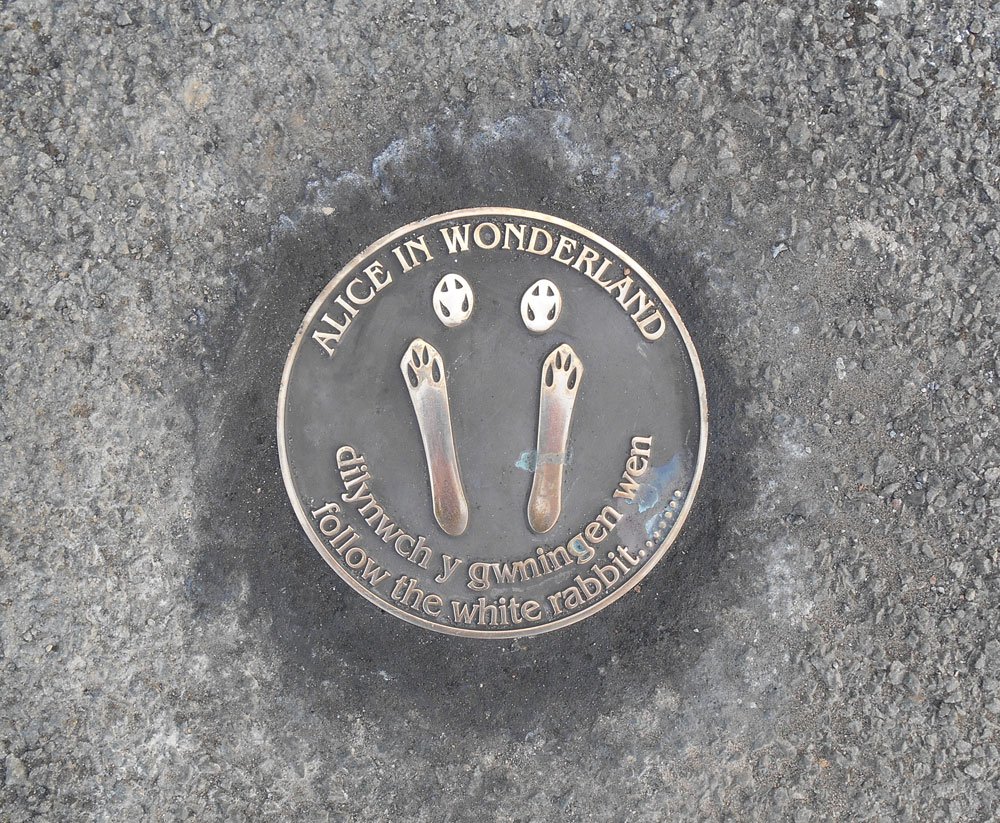 Anyway, if you follow the white rabbit, you might find yourself at the Mad Hatter’s Tea Party.

Every year on May Day, Alice and her friends have a Tea Party and she invites all her friends from the local primary schools. I was very honoured and privileged to be asked to make the Alice Cake for the 2nd year running which took pride of place on Top Table for the Mad Hatter’s Tea Party. Almost 1000 excited children bounced in to the Venue Cymru Area on Llandudno promenade clutching their packed lunches, along with parents, teachers and assistants for an afternoon of fun and celebration. 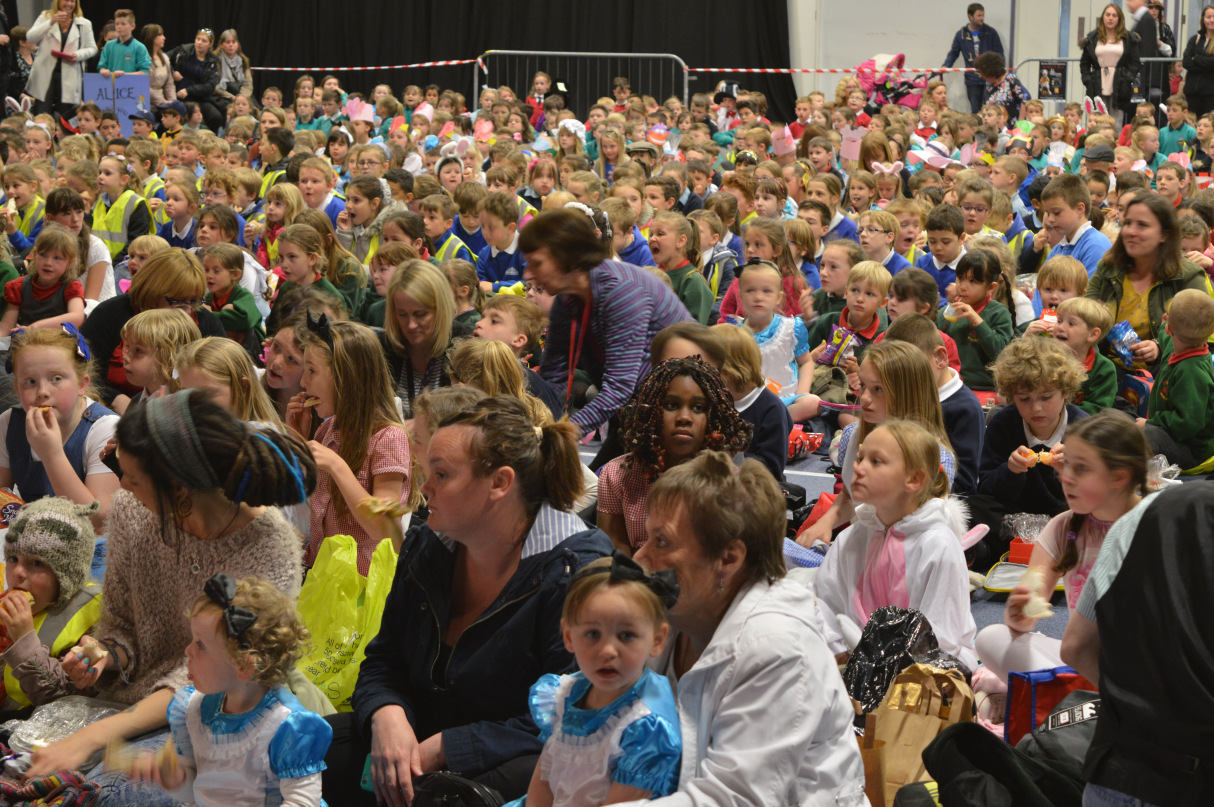 Many had dressed up, and there were more “Alices” than you could shake a stick at, as well as Mad Hatters and White Rabbits.

The main excitement of the day was around the Guinness World Record attempt for the longest line of jam tarts. 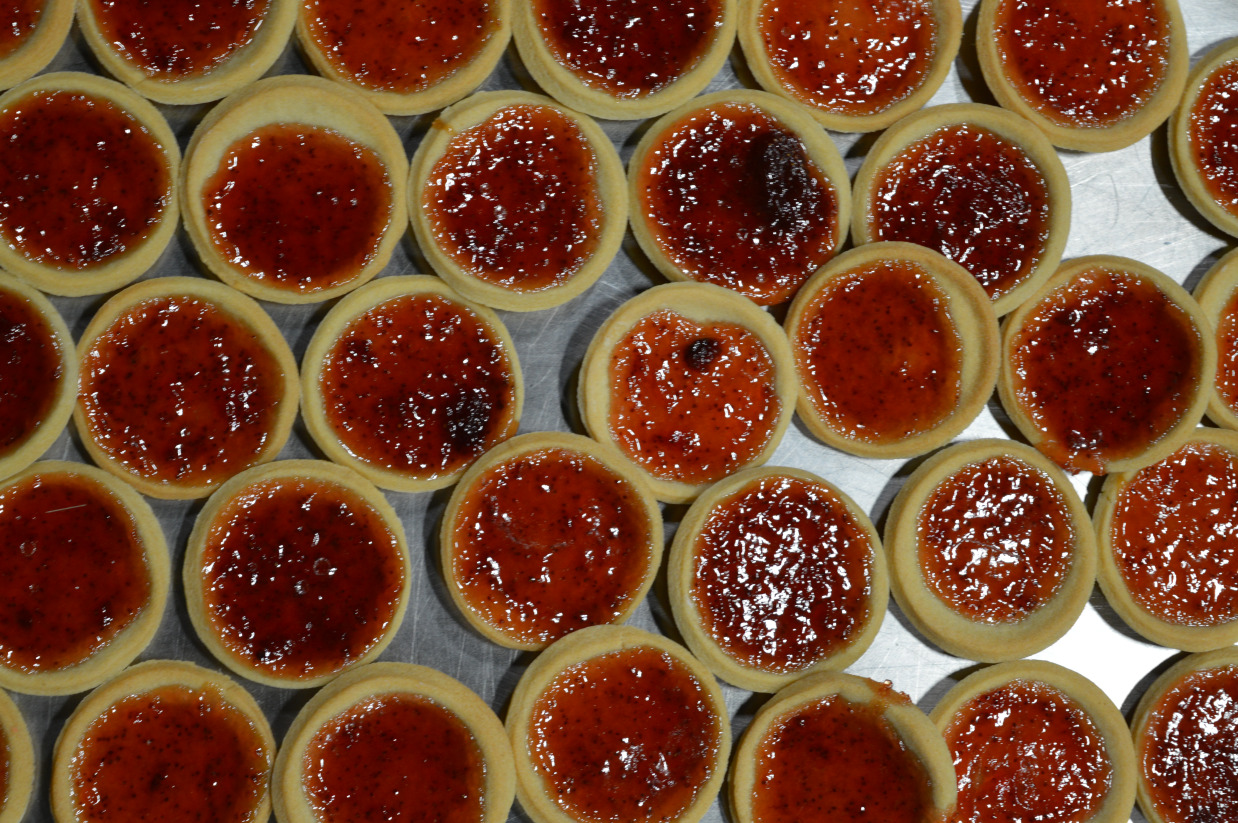 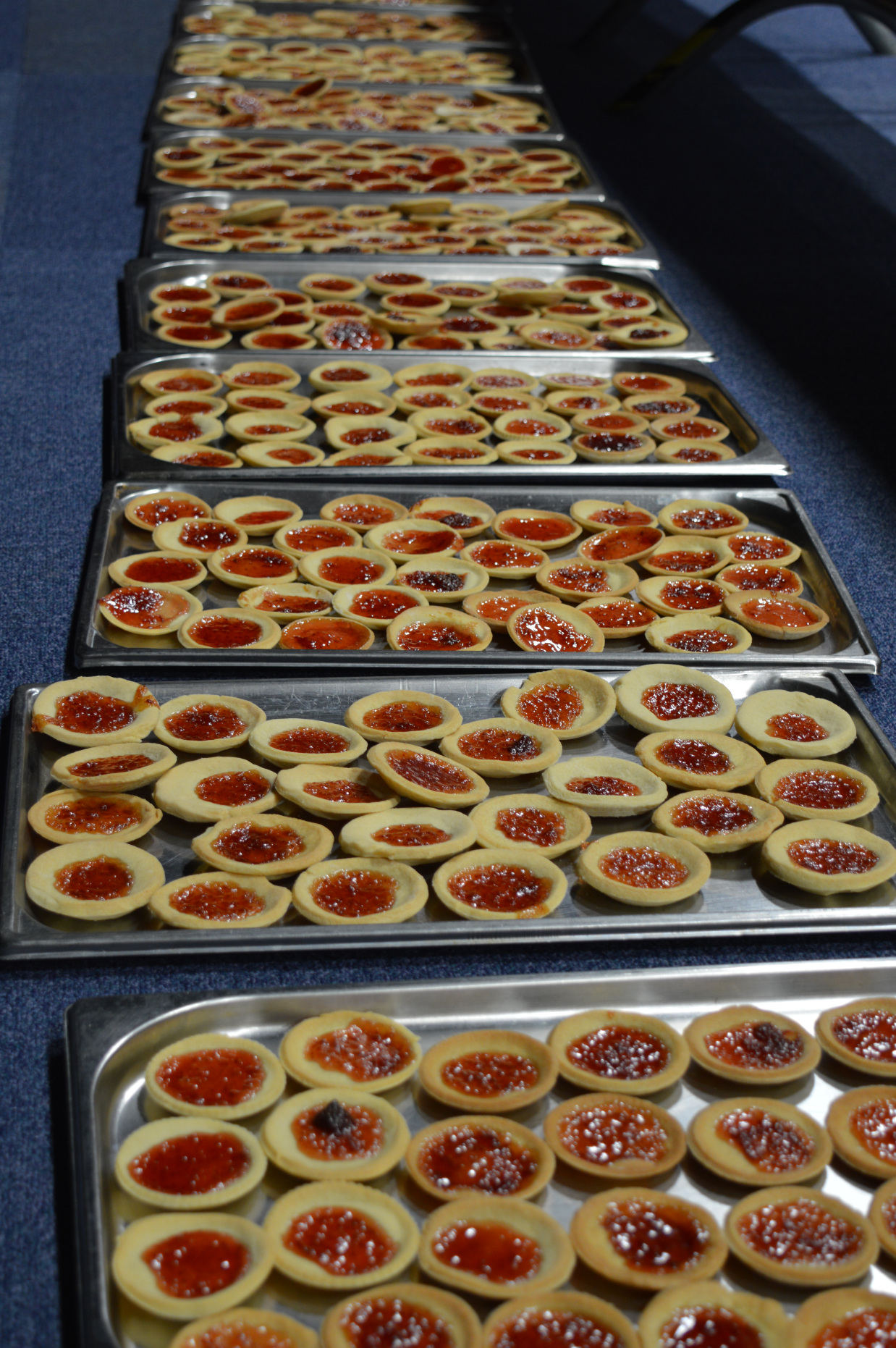 Behind the scenes the catering students of Coleg Llandrillo had been busy baking and assembling 2400 jam tarts – quite a feat by anyone’s standards – not only that but they had been rehearsing the record attempt to the last detail.

Guinness World Records are not easily achieved, and there is a stringent set of rules to be adhered to or else the record is off. 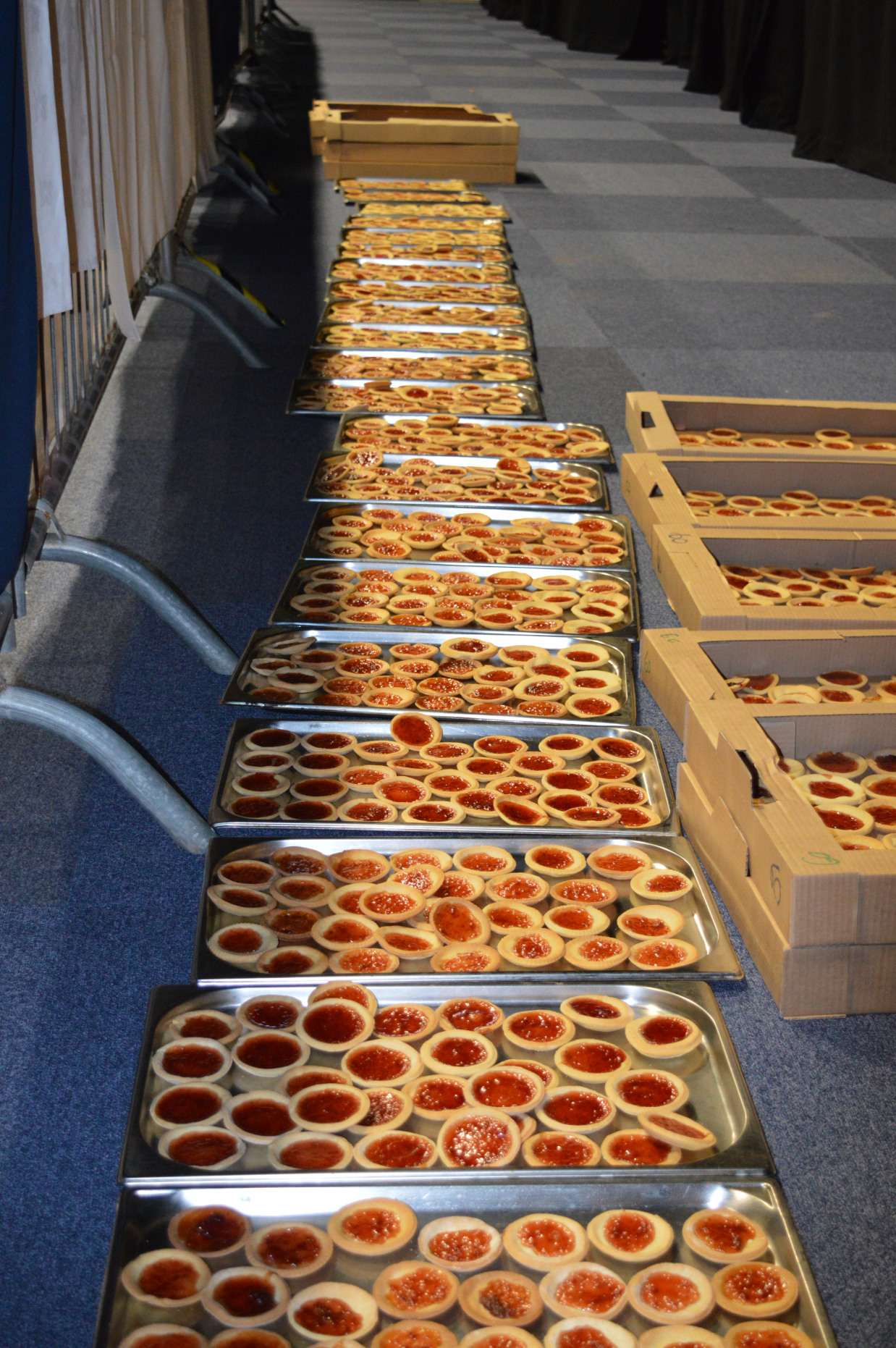 Simon Burrows and his team of verifiers were prepped and ready for the challenge with just an hour from the laying of the first jam tart to counting the last jam tart. Helping Simon were Sue Nash, the Victoria Centre Manager; Barry Bond, previously of the ALICE Ltd Board; Richard Berry, and Mike Bird, of Mostyn Estates. 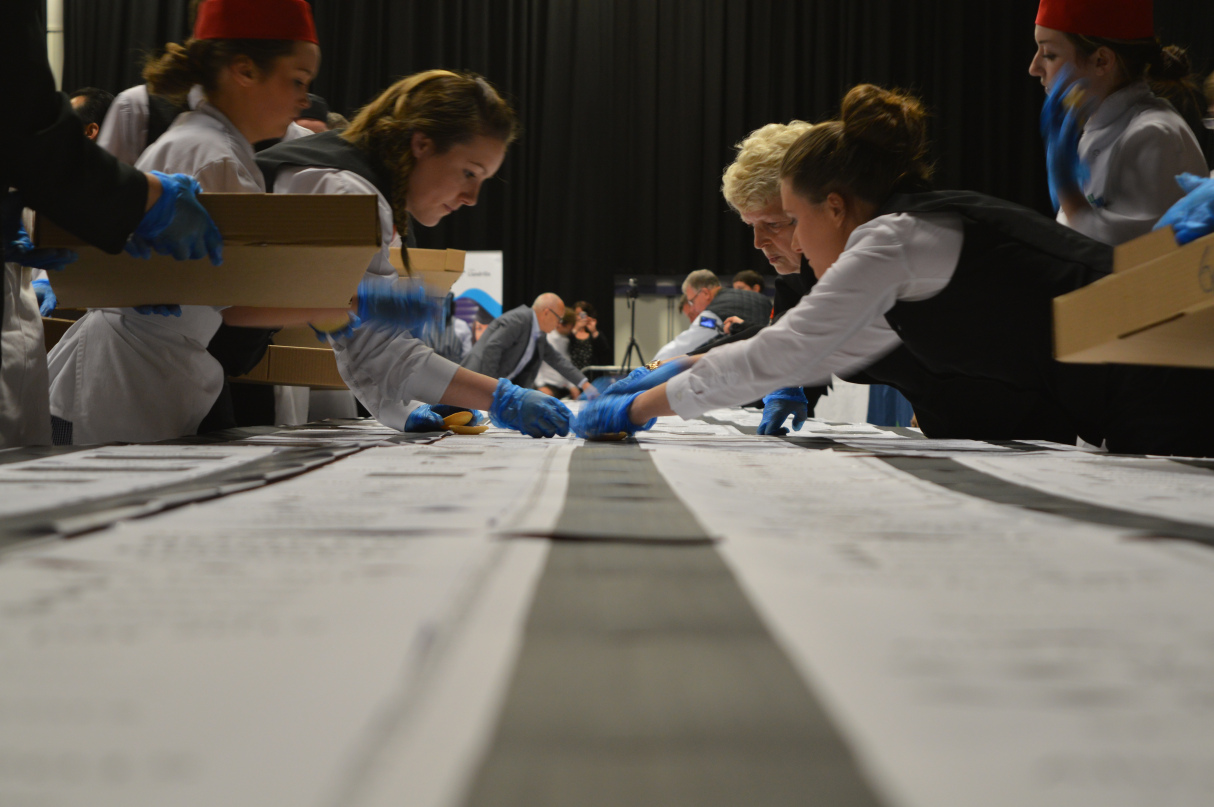 College students laying out the jam tarts, with the counting team following behind 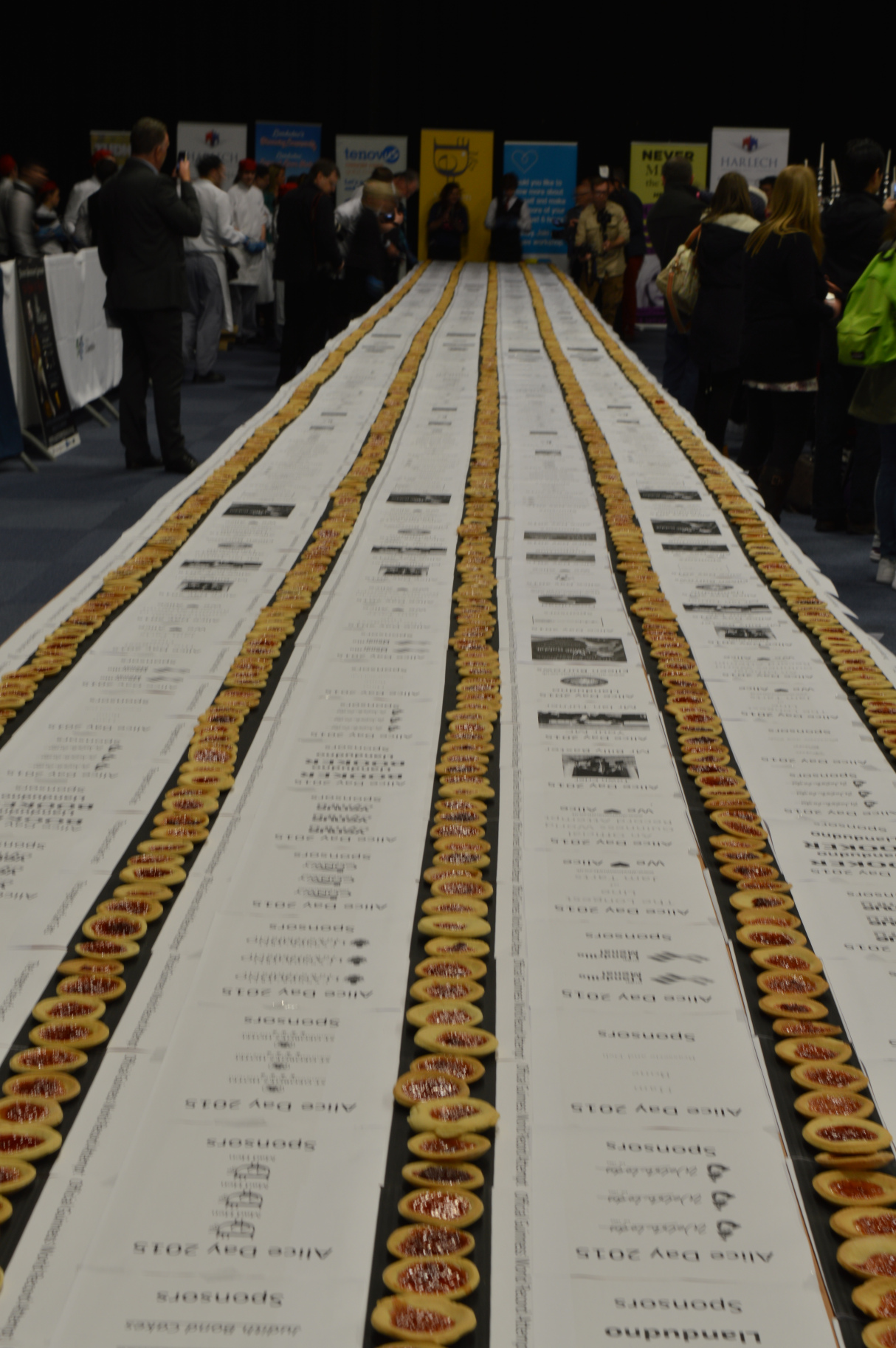 How many can you count? 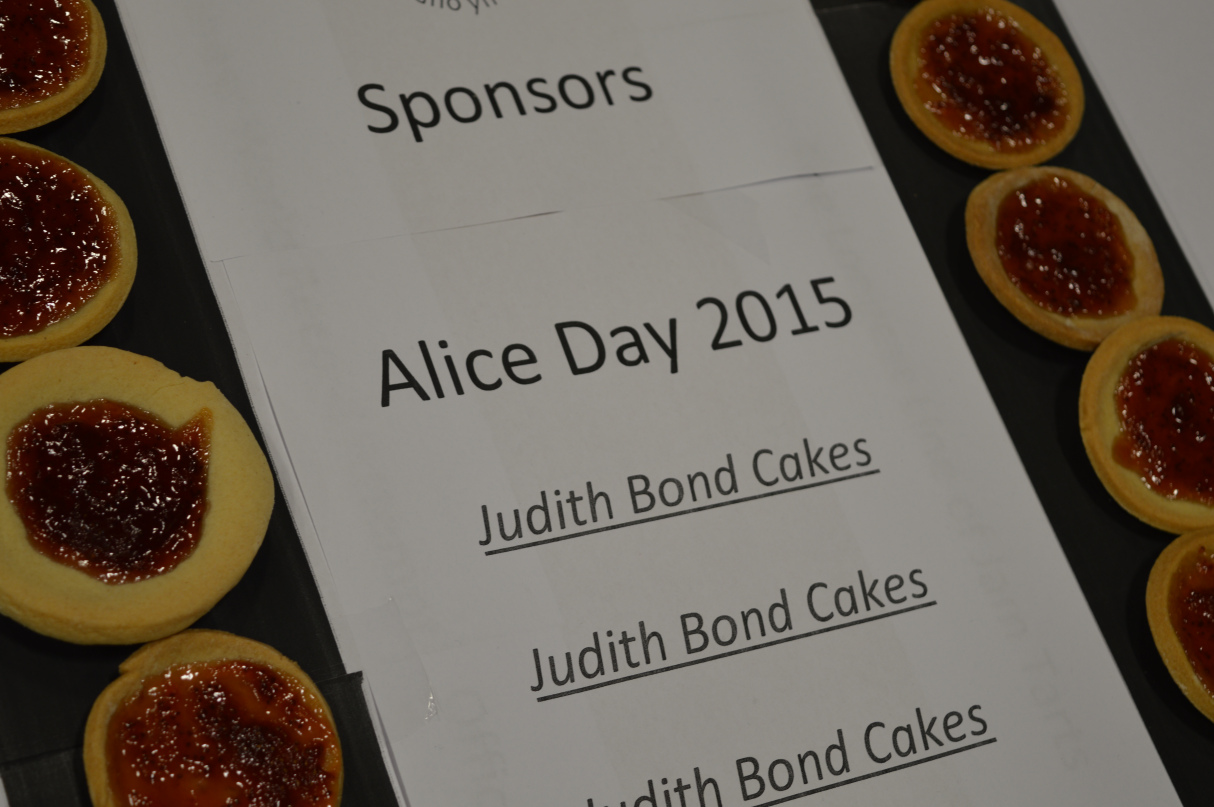 Look at that! Some fantastic sponsors at this event! 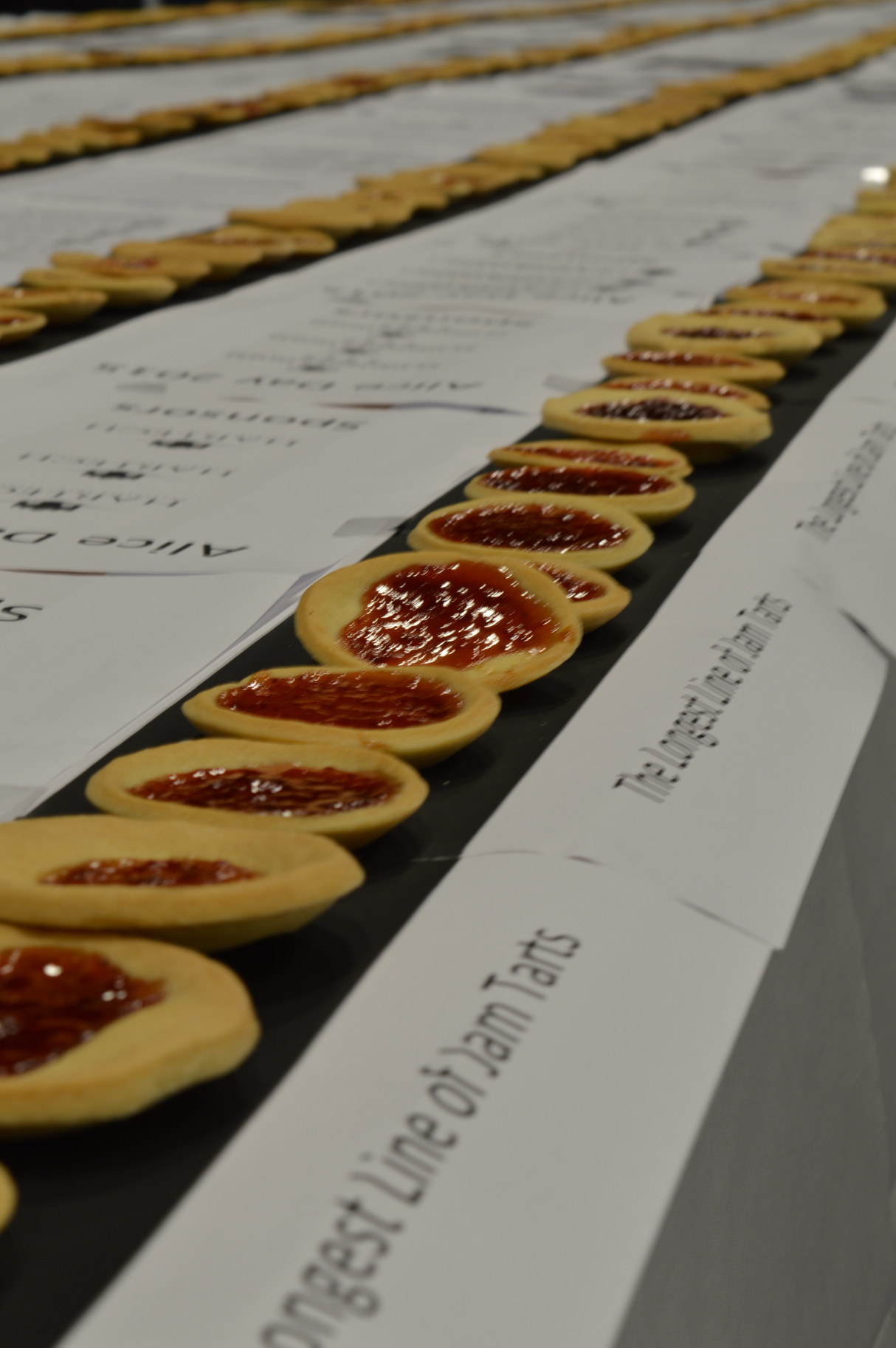 Perfectly lined up ready to be counted 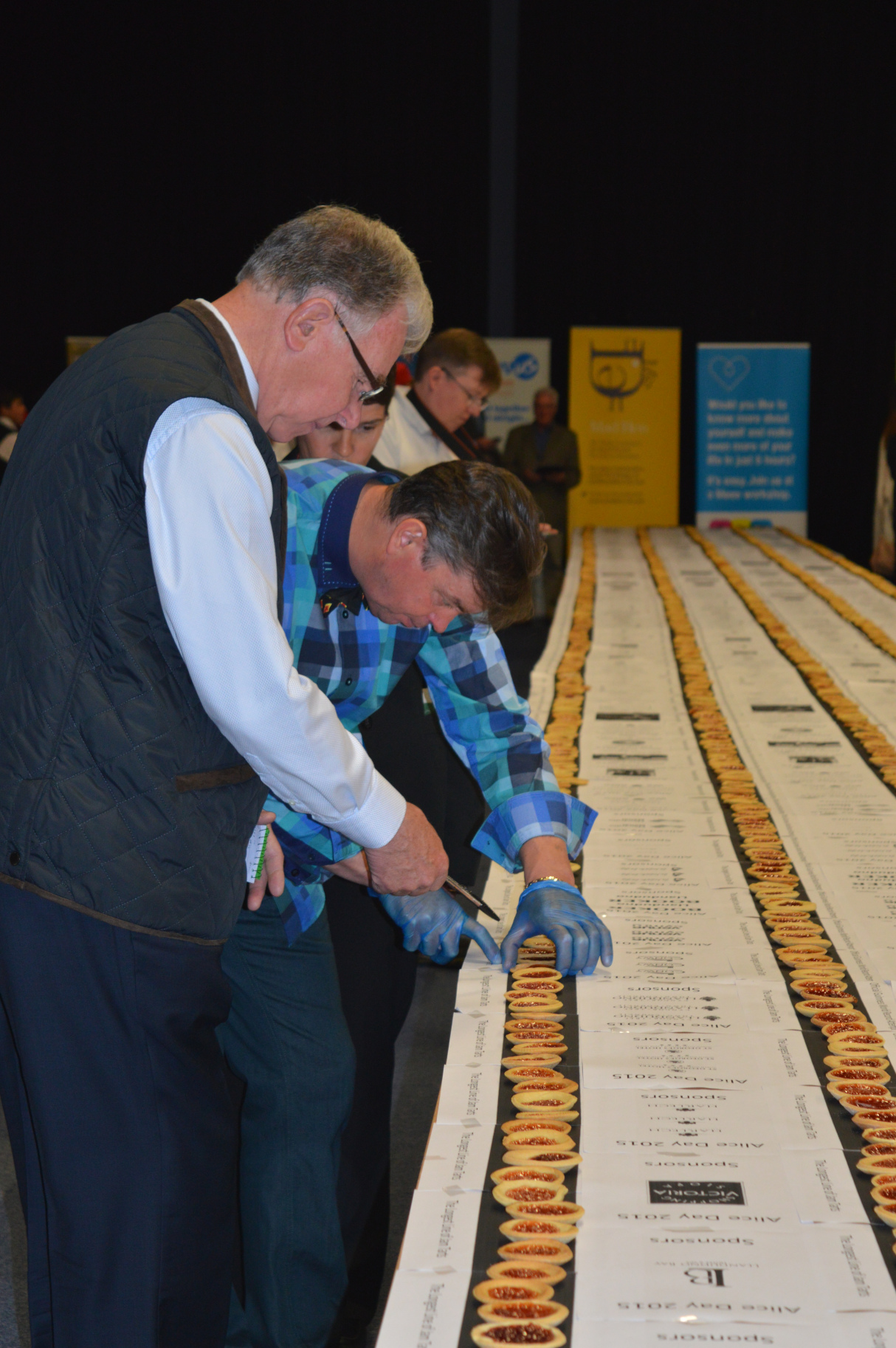 The serious business of counting 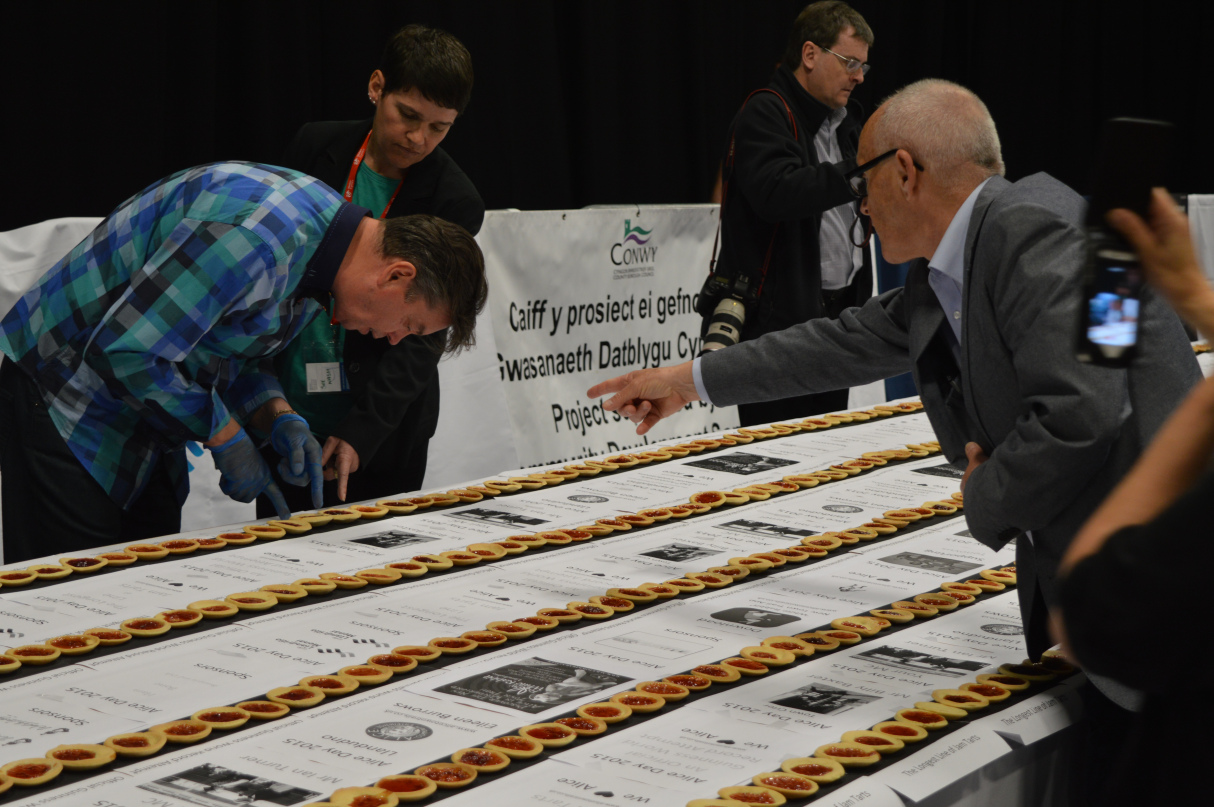 Make sure they’re all touching! 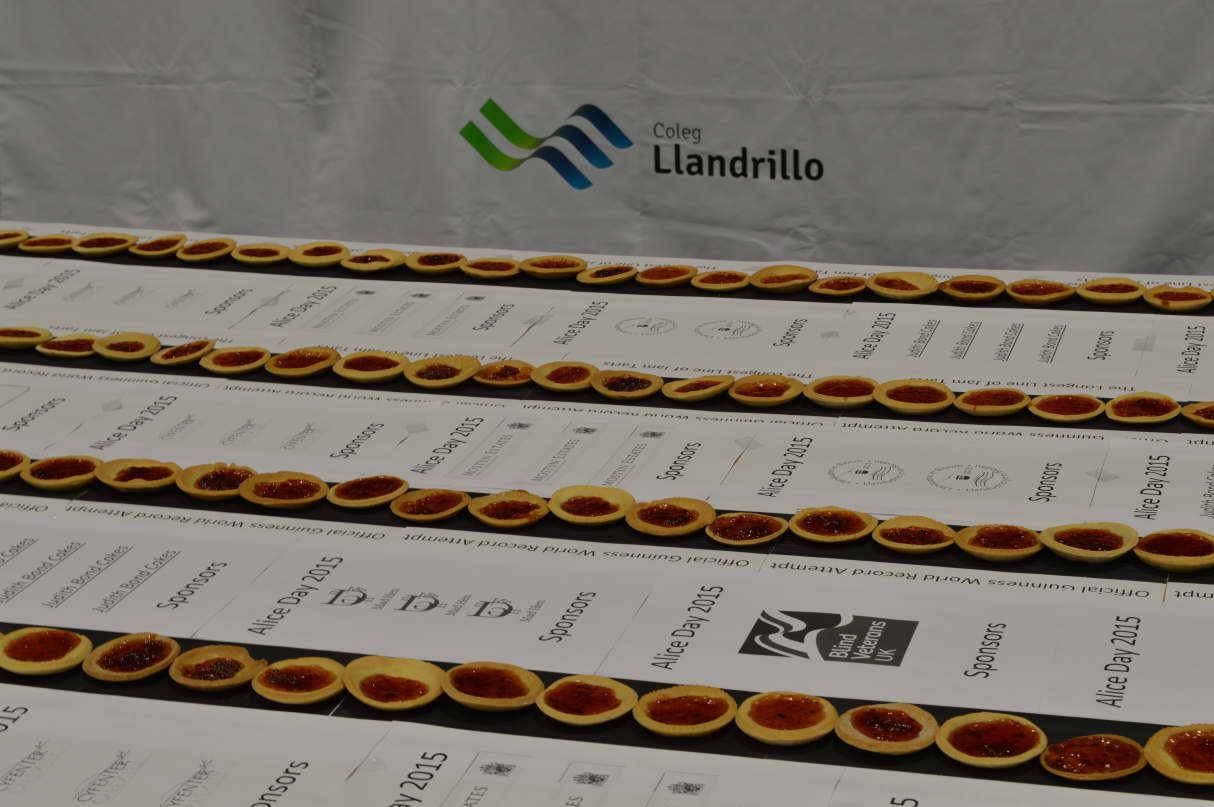 Whichever way you look at them, it’s an awesome sight

With the tension mounting, the line completed, and the counters almost reaching the end – the Mayor of Llandudno and Alice were called over to count the last few jam tarts and finish the record attempt. 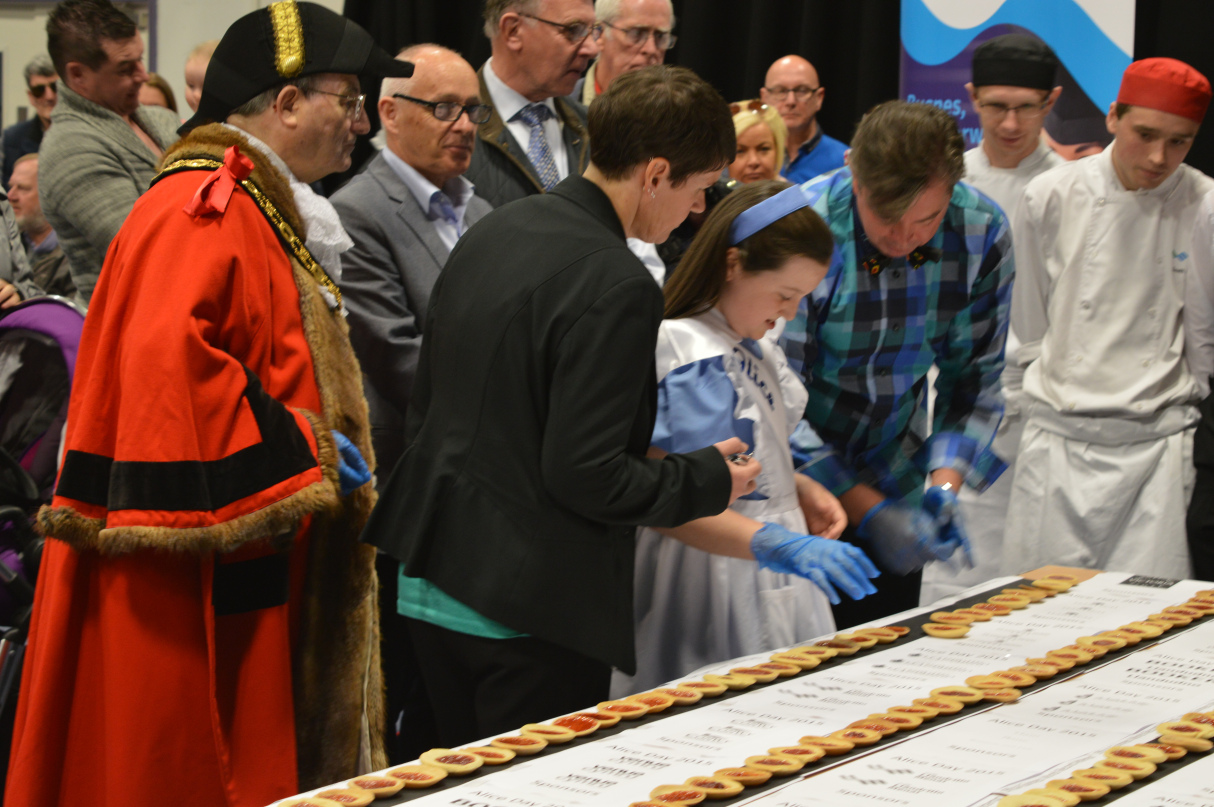 The Mayor and Alice counting the last few jam tarts 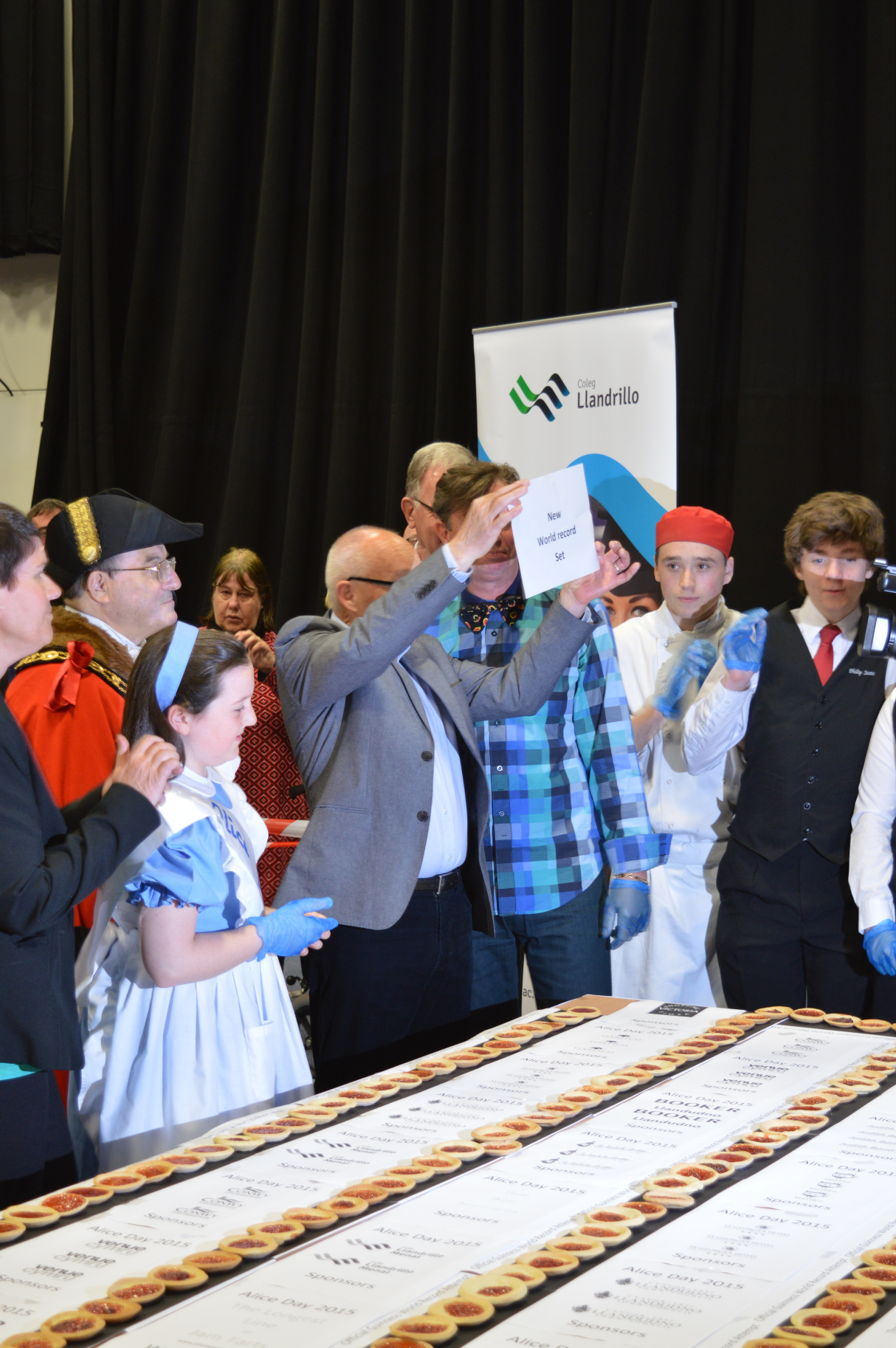 As soon as the count was complete, the students flew round the room filling children’s mouths with sweet and delicious jam tarts, and the few that were left over were delivered to a nearby retirement home – so friends of all ages could enjoy them.

Did I mention that I made the centrepiece cake for the Top Table Made Hatter’s Tea party? I based my design on clock faces as time is an important theme in the Alice in Wonderland tale. The design inspiration came from Lindy Smith, a well known cake decorator who has published a number of books and leads classes all over the UK. 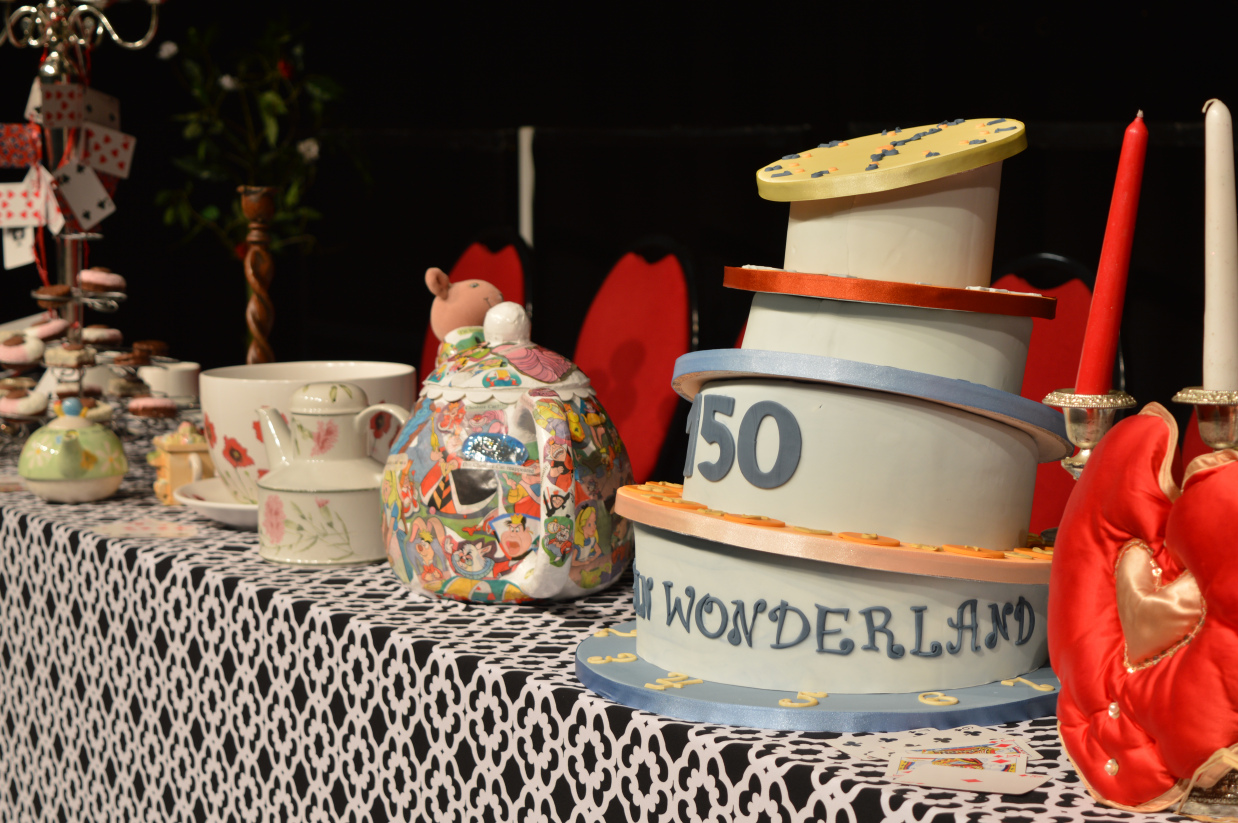 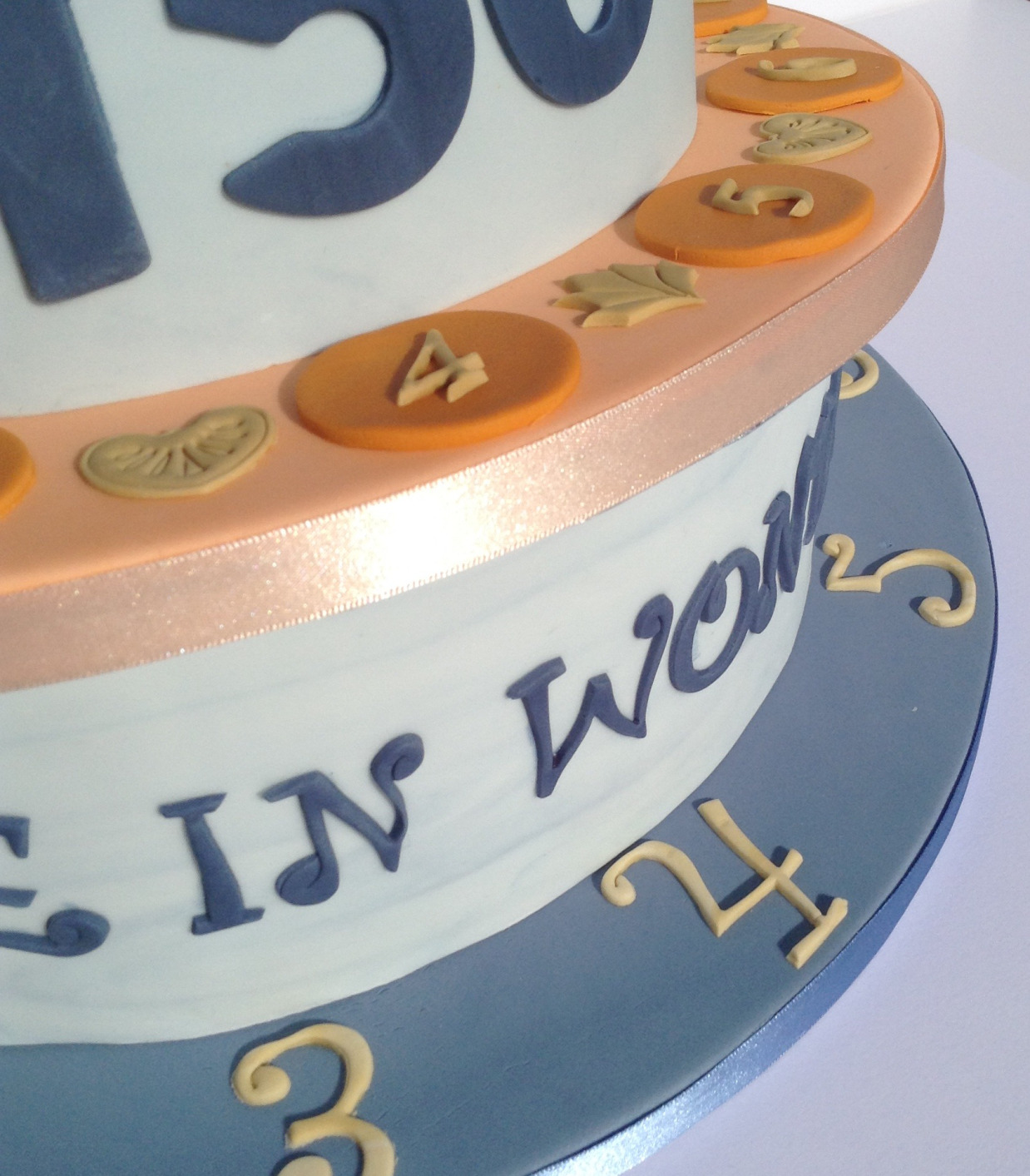 I adapted it with a large 150 and reversed the clock faces as everything in Wonderland is a bit wonky! 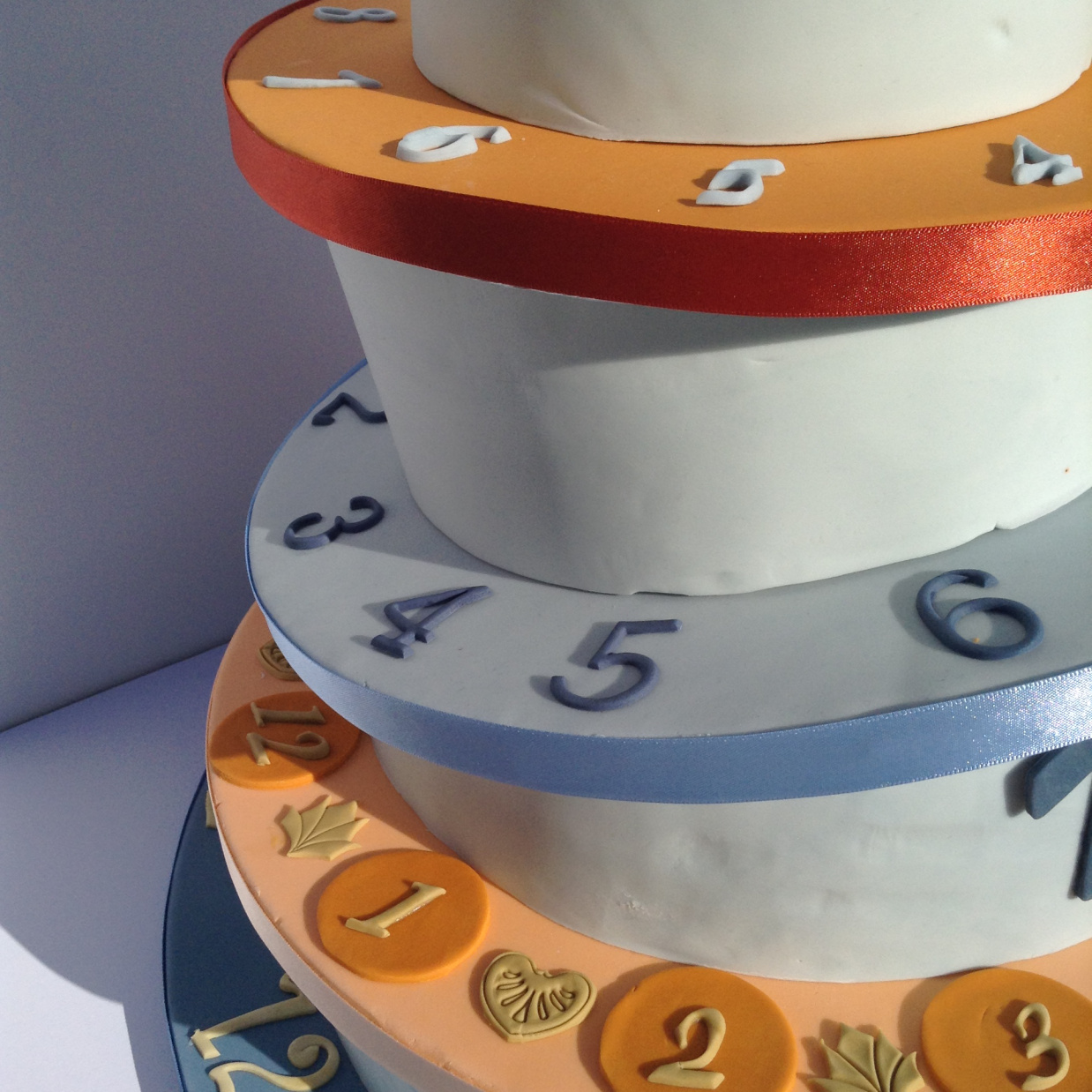 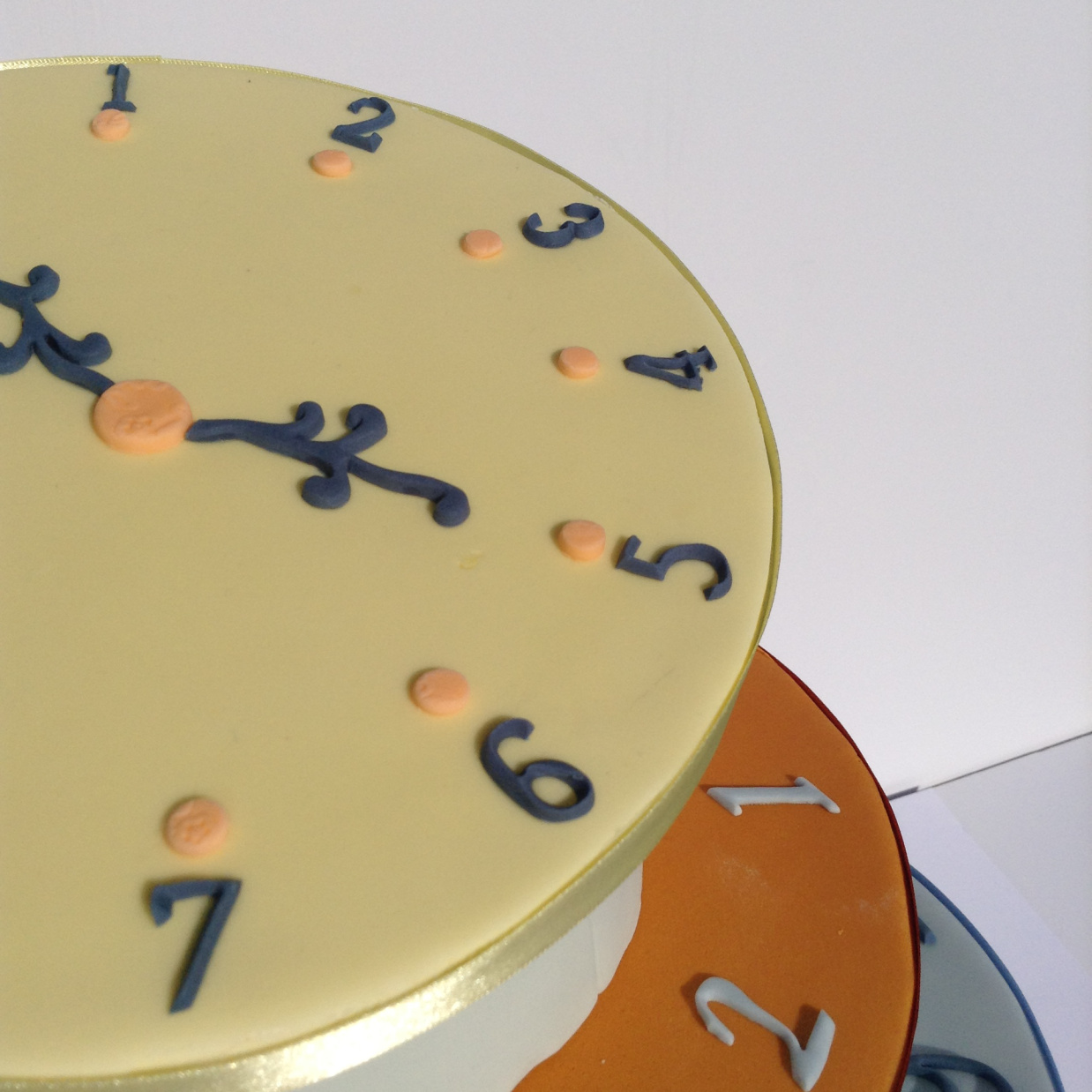 They said some nice things too …..

Ian Turner ably led the proceedings in his custom made “heart suit” supported by Billy Baxter, the Llandudno Town Crier and we were treated to some lovely performances by local folk including a choir from Ysgol Craig y Don, a solo from Hannah Sifleet, more songs from the Harmony  Singers, and magic from Stuart Loughland and Libby Edwards. 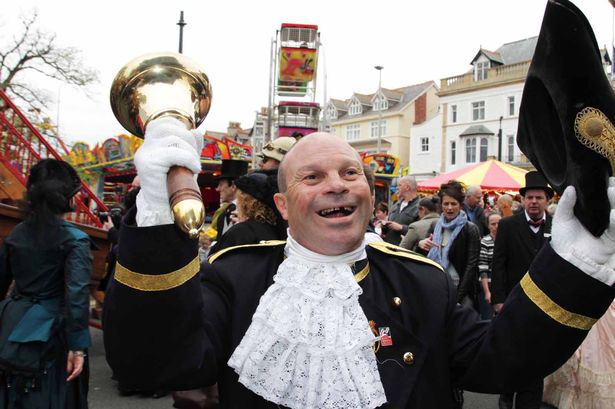 Later on the Linzi Grace School of Dance performed a specially adapted ballet piece and a final treat of some 1940s songs from the Tenovus Choir.

Oh, and another fact about the number 150 that you might enjoy 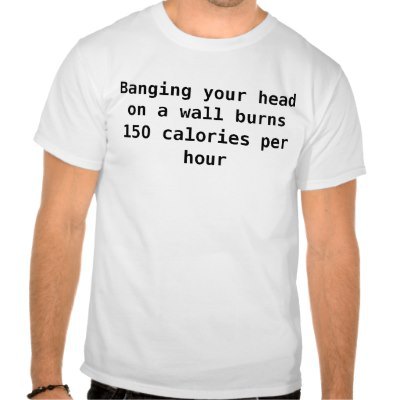 If all this talk of jam tarts is making your hungry for a sweet treat, here’s an easy recipe you can try at home with the children – a great weekend activity, and they’ll be delighted to have made something so nice themselves.

If you’ve enjoyed hearing about all the Alice in Wonderland excitement in Llandudno, you can read more in the national press articles below

Also, you can visit Llandudno, because we’ve just been named 3rd best place to visit in the UK, after London and Edinburgh

That’s all for now folks,

I’m Judith. I’ve been caking since 2012. I also love to write, photograph, travel, drink coffee and read books. This is my cake blog where you’ll find recipes, and baking tips and all my latest cake projects.