COME FLY WITH ME

Posted on: November 7, 2018 by Judith, Posted in: Celebration Life 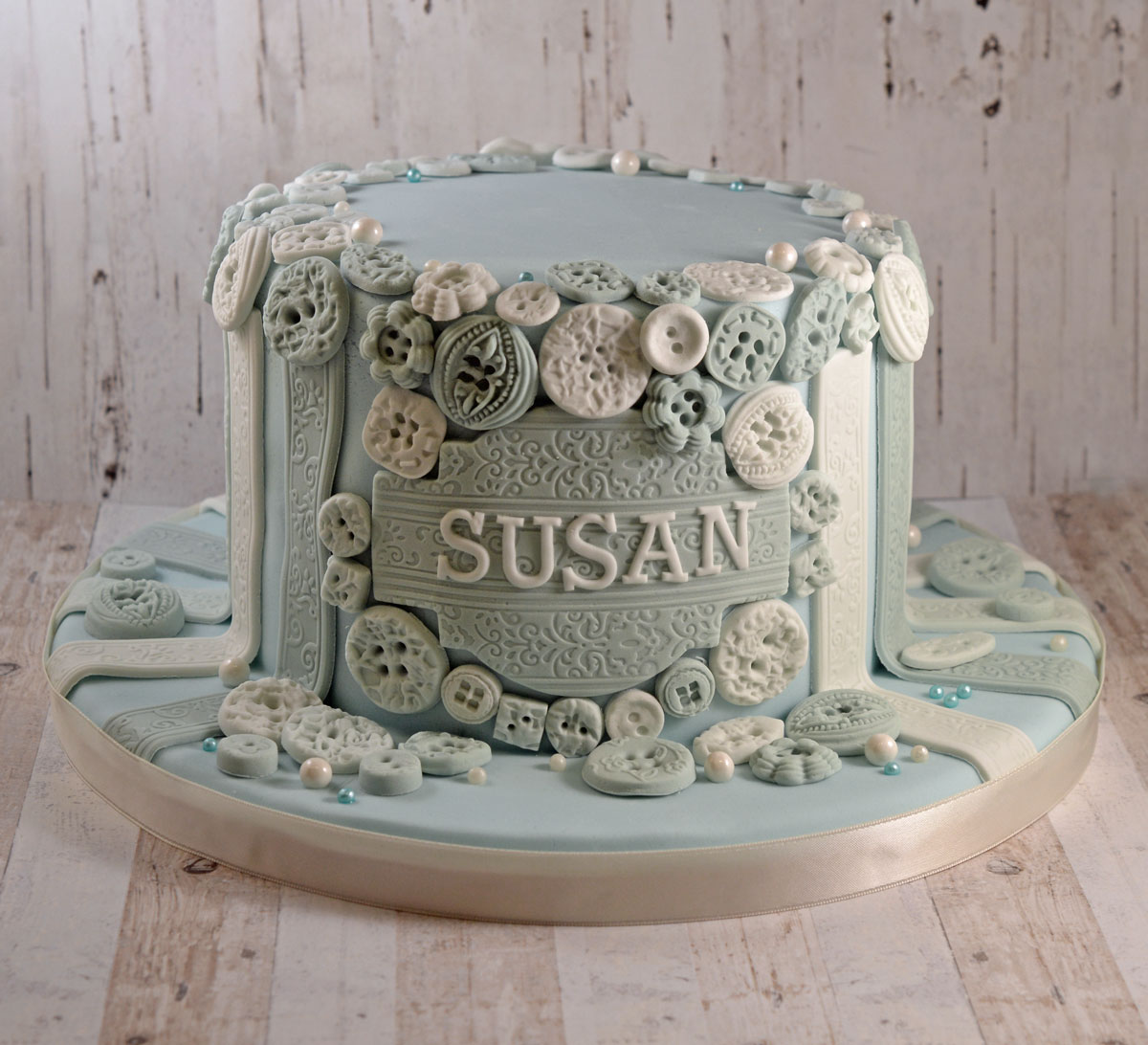 If there’s one thing everyone knows about my little sister, it’s her all-consuming lifetime obsession with the colour duck egg blue.

So when my little sister’s birthday came around, I scratched my head for about 5 seconds for a colour scheme.

The only trouble is – she lives on the other side of the Irish Sea. Any cake creation would need to be carefully carried to the airport and transported via the good people at Easyjet to our destination.

It’s quite some years since we celebrated her birthday together so there had to be a cake. It had to be duck egg, and it had to travel.

HAVE CAKE, WILL FLY 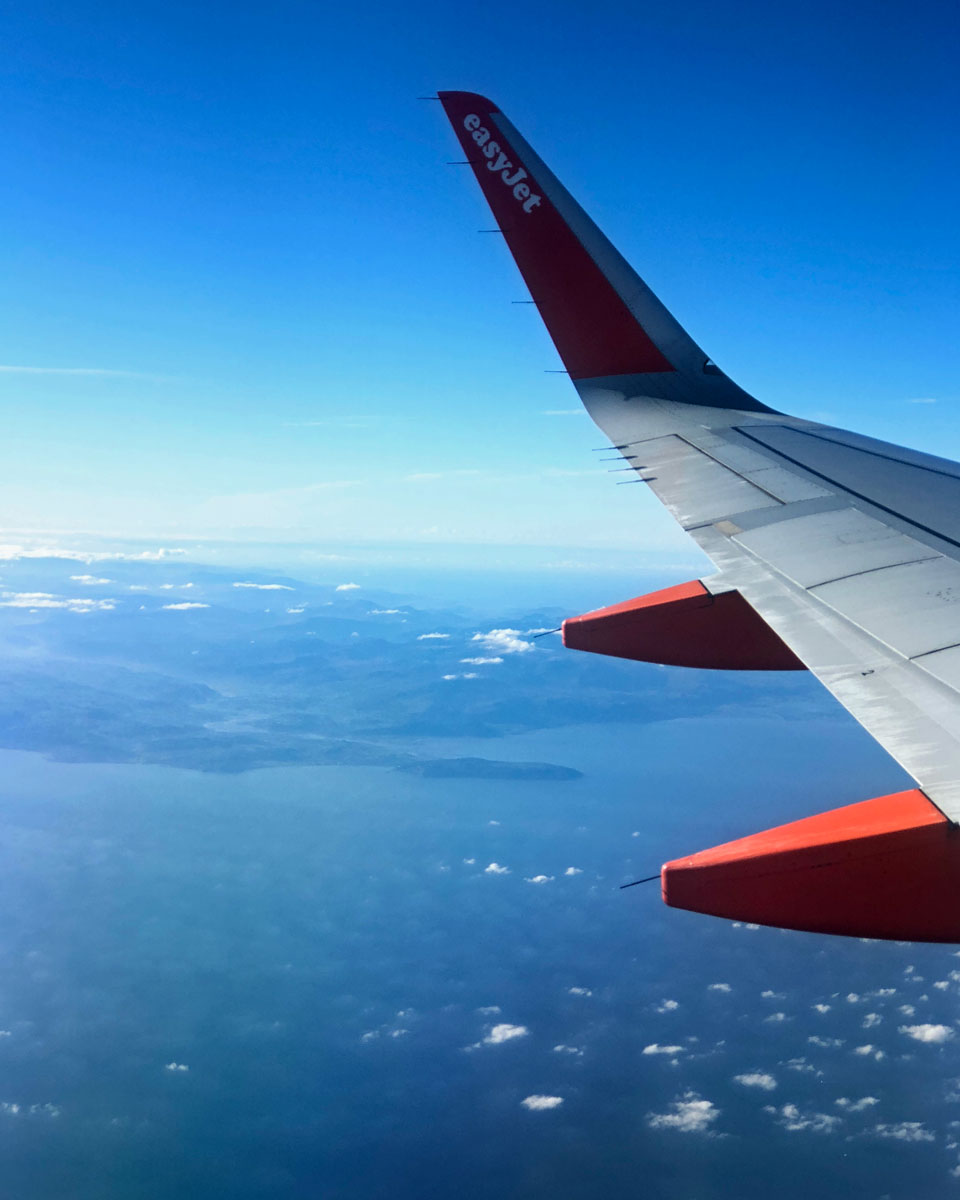 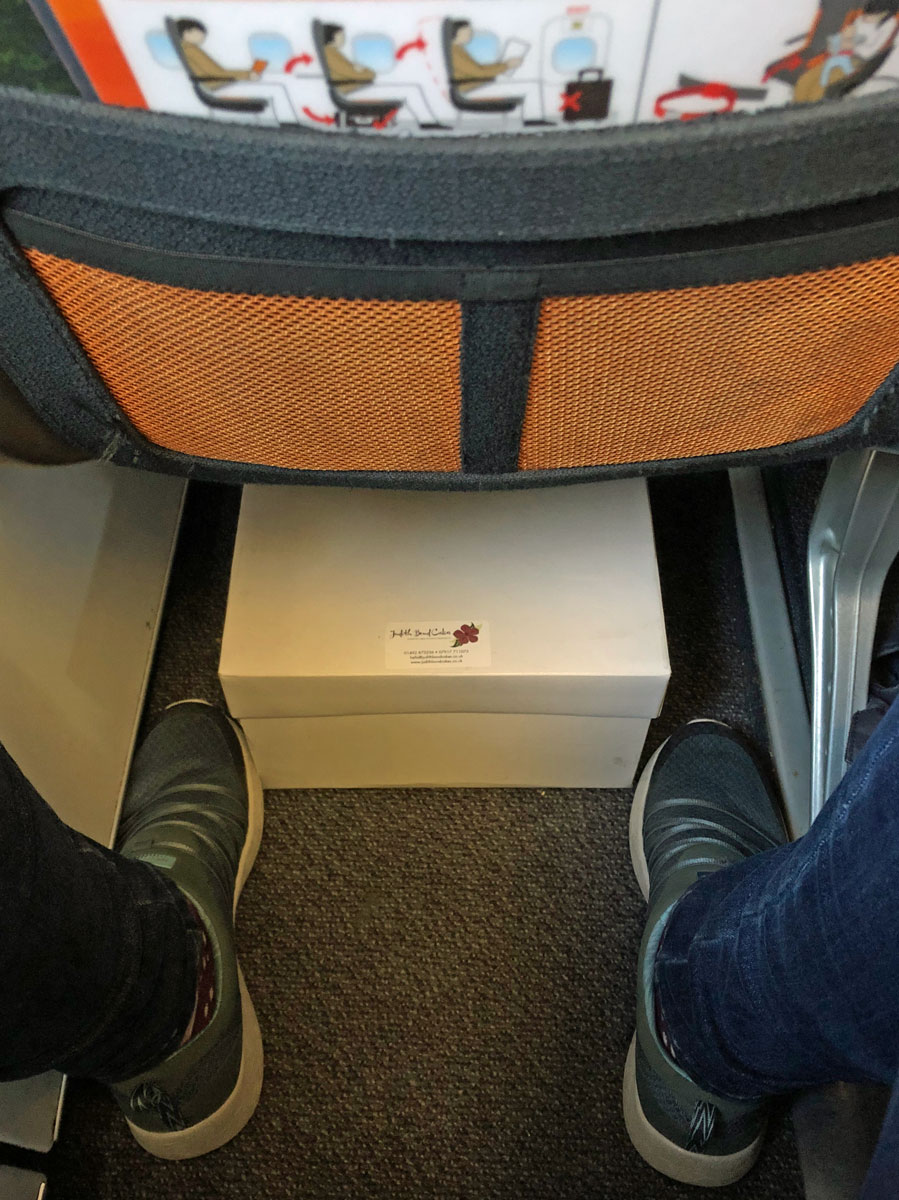 Look how nicely it fits

The rules are simple with Easyjet. As long as the cake replaces your hand baggage, and as long as it fits under the seat in front – you can take it.

Of course everyone wants to have a look from the check in staff, the passport control to the security desk. There’s the very pleasing oohing and aahing as they all wonder if I made it myself, what flavour it is, and where it’s going.

They even swabbed the cake box for cocaine and I was relieved that it got a clean bill of health. No sign of illegal substances.  Although I suppose smuggling drugs in a cake might have been tried, but never by me!!!

The cake box fitted snugly under the seat, happy stabilised for the journey and off we went.

Liverpool – Belfast is only 35 minutes. The seatbelt sign goes off for approximately 3 minutes, and the drinks and snacks trolley has to rush down the aisle to make it before the hostesses take their seats for landing. It’s an Airbus really and for some folk – their daily commute.

If you sit on the left side of the plane in the window seat, on a clear day (which it was) you get a stunning view of the North Wales coast, Llandudno and the Isle of Anglesey.  With a pair of binoculars could even have seen our cottage.

Susan was suitably amazing, stunned and surprised that we had managed to bring her cake without her having any idea at all.  It was appropriately admired over a cup of birthday tea and then cut up. 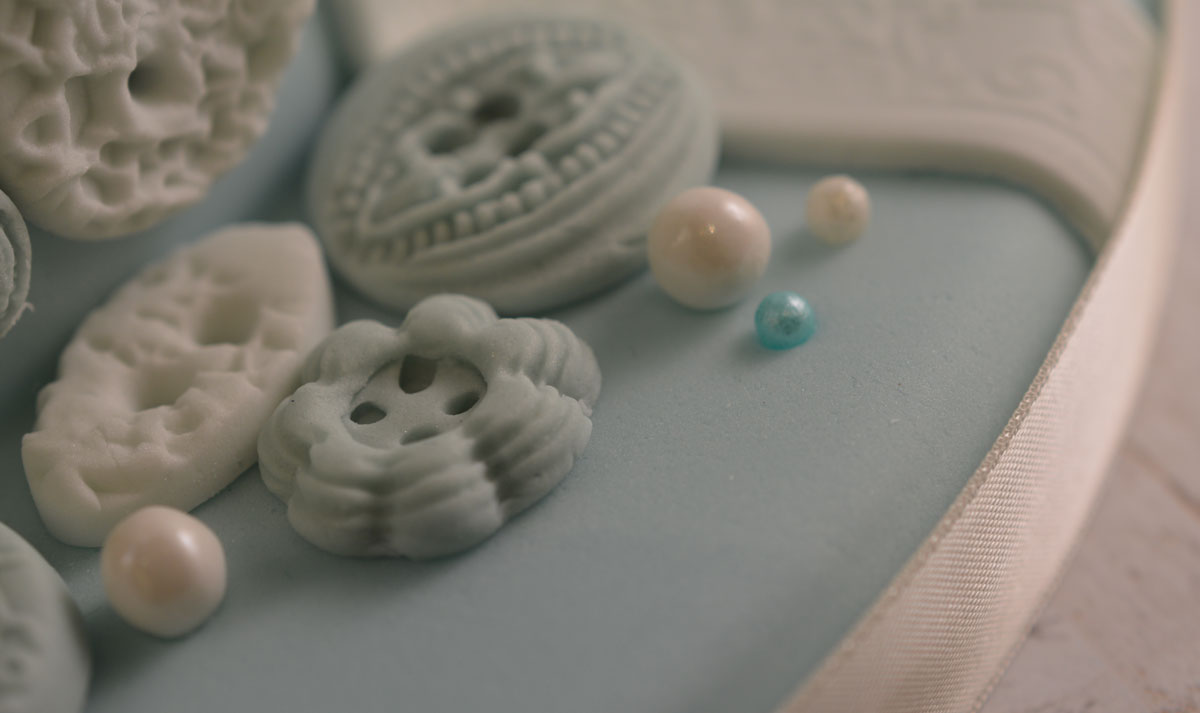 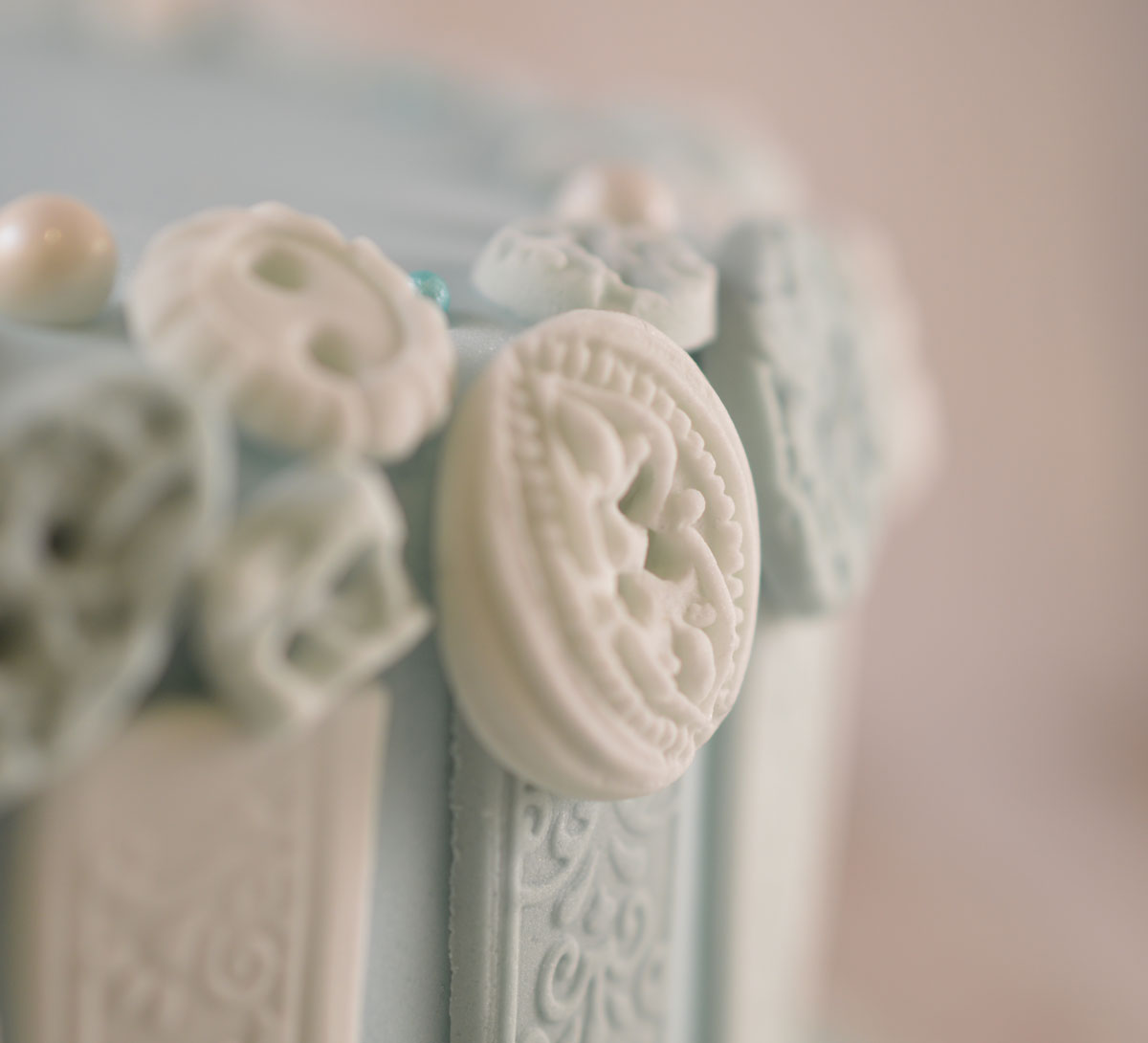 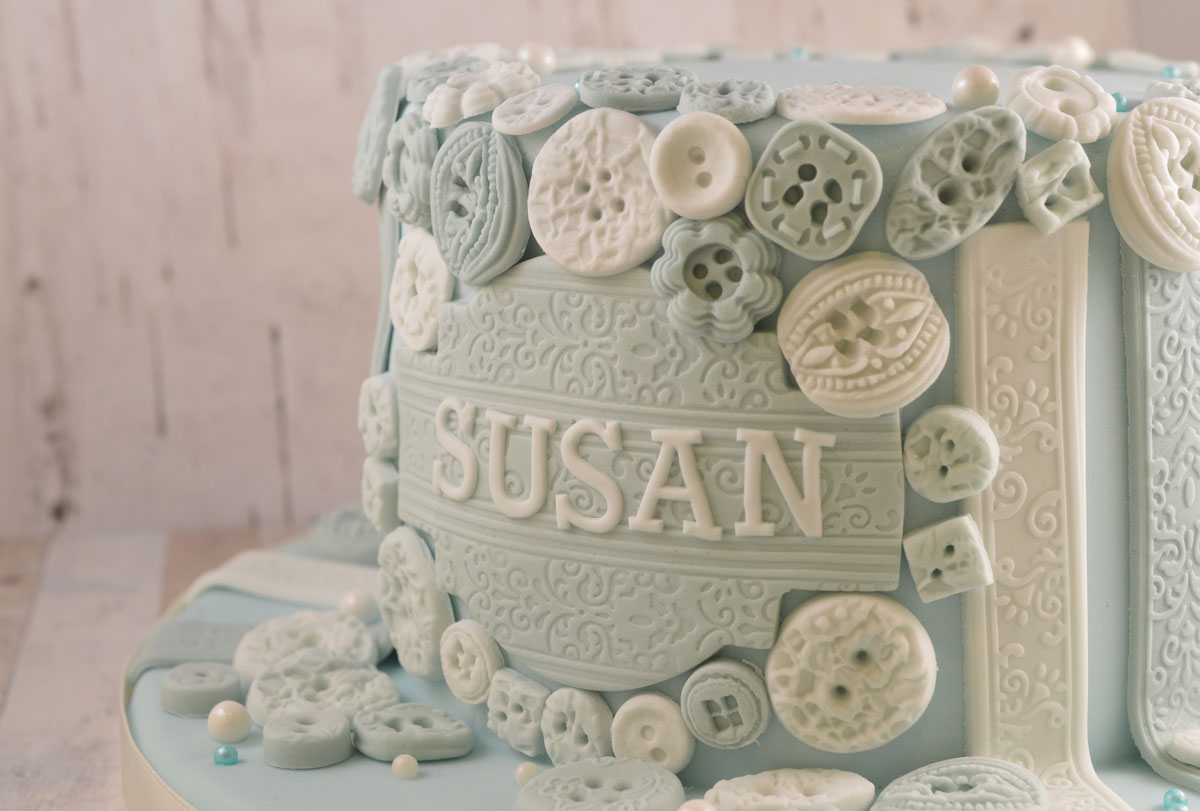 THE CAKE THAT KEEPS ON GIVING

The final surprise lay inside the cake, under the layer of sugar paste icing and all the handmade duck egg buttons.

The sponge and the buttercream are duck egg blue.  But there’s no photos of the inside – it was gobbled up very quickly. 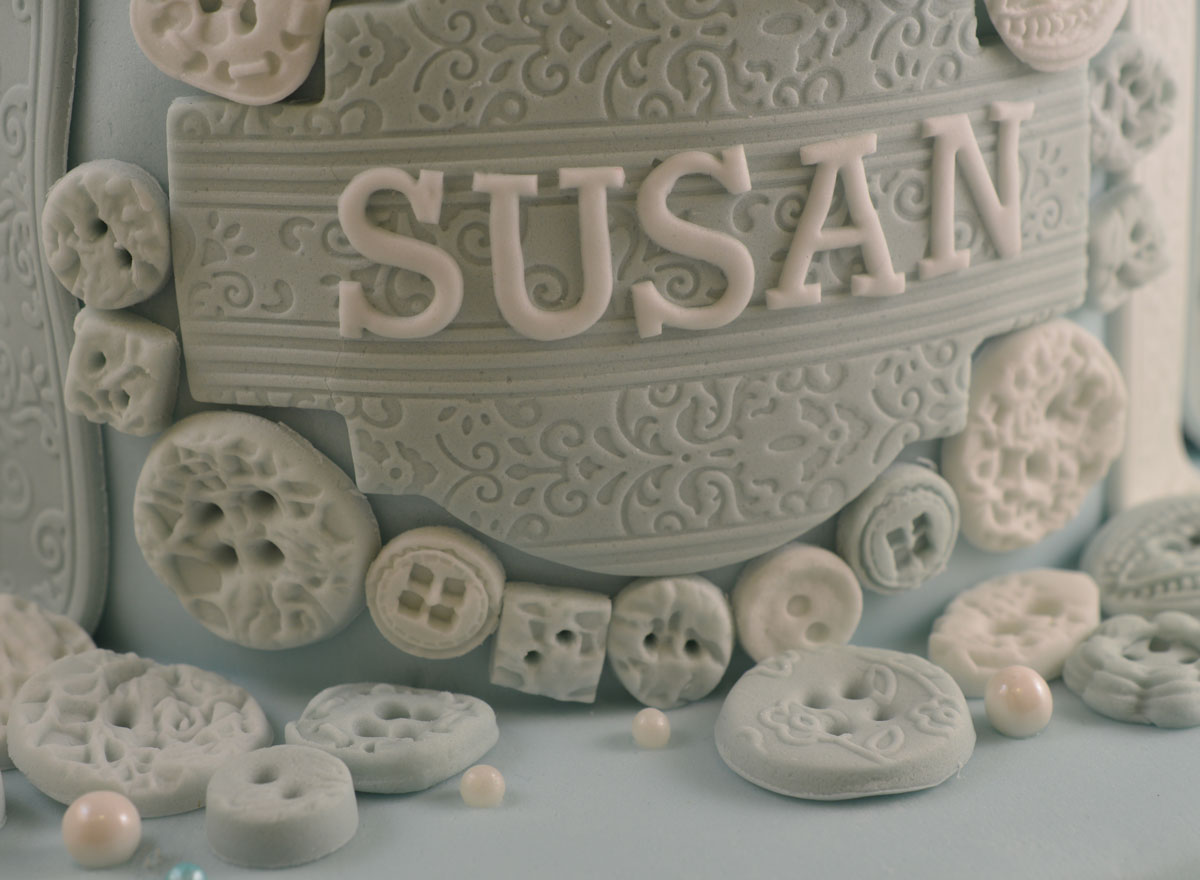 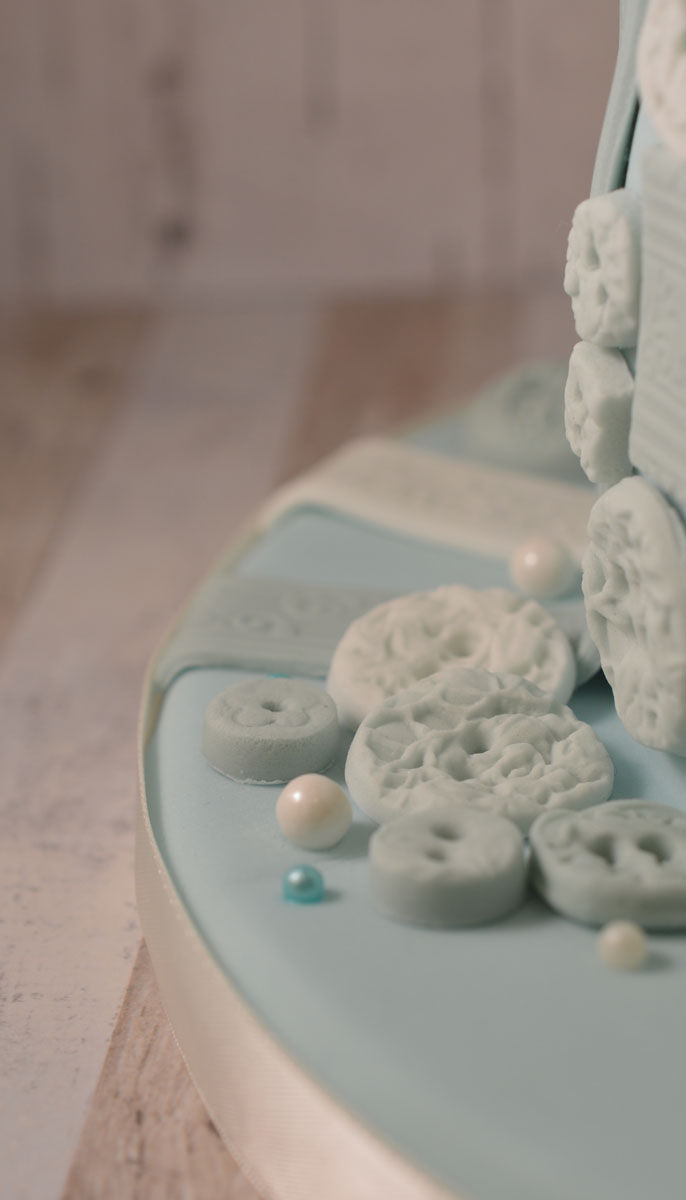 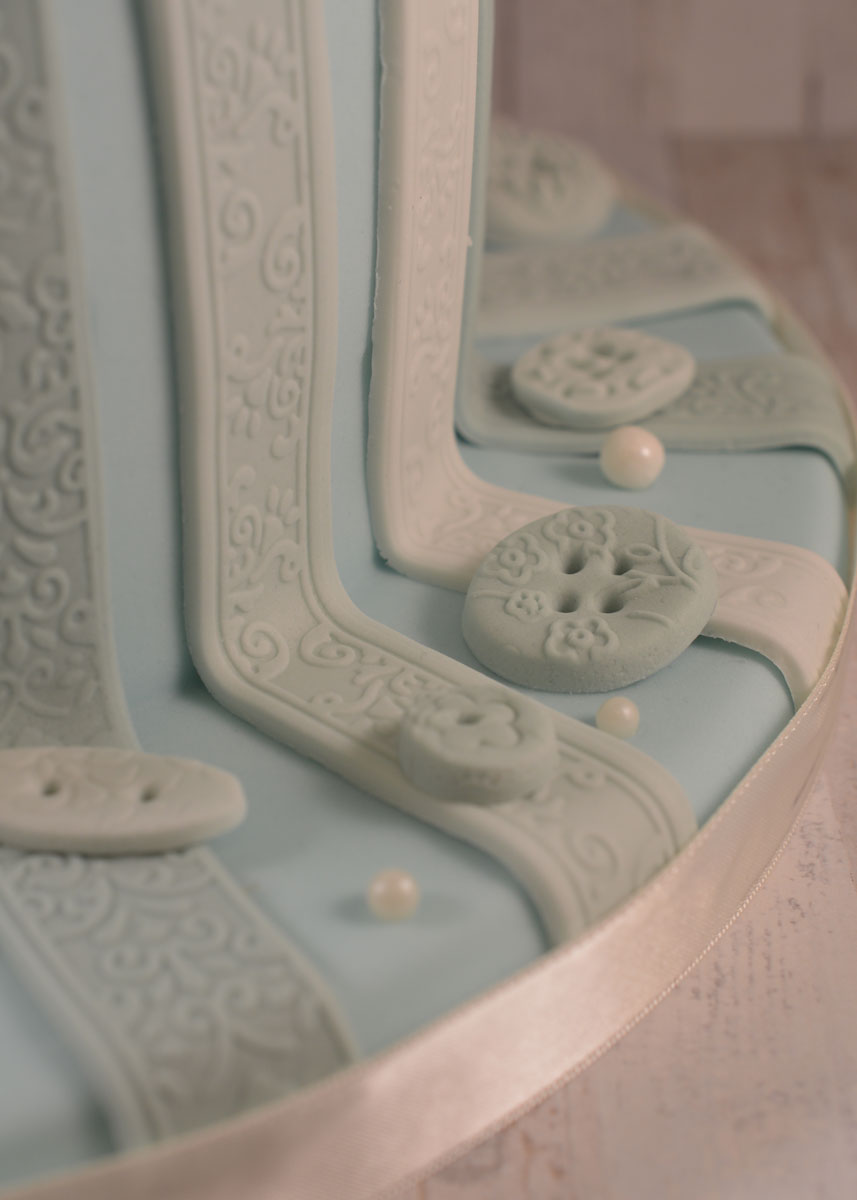 CAKE OF MANY COLOURS

So if you have a birthday coming up for someone who is colour obsessed, or perhaps even button obsessed – this idea can be replicated in any colour you fancy.  Although I’m rather taken with duck egg blue. It’s quite fancy, don’t you think?

That’s all for now

I’m Judith. I’ve been caking since 2012. I also love to write, photograph, travel, drink coffee and read books. This is my cake blog where you’ll find recipes, and baking tips and all my latest cake projects.

🧁 CUPCAKES ARE THE ANSWER - now what was the qu

🌧 I’M HUNKERED DOWN • in my kitchen making

💜 SAY IT WITH CAKE • whatever your message we

🎂 HAPPY THURSDAY • Bringing you the prettiest

💒 WEDDING ANNIVERSARIES • have been a bit mor

🤍 SOMETHING PRETTY • for your Friday. And the